Sometimes you see a film or a play which lingers in the mind because it's so bloody brilliant - and one such film was SHADOW DANCER which I liked so much that I saw it twice in one week!  One of the reasons it was so good was down to the superb acting of the entire cast - exemplified by actor David Wilmot, who deserves an Oscar for his brooding and menacing performance.  Watch the trailer here and you'll see exactly what I mean.  (He's the one threatening the heroine).

Imagine my surprise when fellow author Abby Green arrived in London with a signed photo of said actor, which she'd brought all the way from Dublin's fair city.  What a gal!
And thanks to our lovely senior editor Joanne Grant who took this picture of me posing with it at our annual author party where much merriment and inspiration was to be had by all. 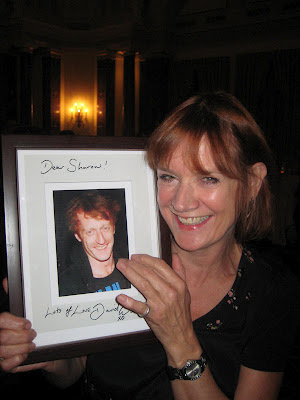 Has anything inspired you recently?
Posted by Sharon Kendrick at 20:25 7 comments:

LEARN HOW TO WRITE A ROMANCE....

If you live, or are within travelling distance of central London, then why not sashay on down to Victoria Library on Friday, 21st September where I'll be running a writing workshop.  The course runs between 5.30 - 6.45 and you can find details here

I'll be covering everything you need to know about writing romance - but the "rules" are the same for writing any kind of fiction.  We'll be discovering what makes your characters leap off the page and what makes the reader care what happens to them.  We'll learn about the importance of narrative and what keeps dialogue fresh and real.

Oh, and we'll be having a laugh - that, I promise.

And while you're in the vicinity - you could do no better than having a stroll around the glorious St. James's Park which is the oldest park in London and is surrounded by three palaces. 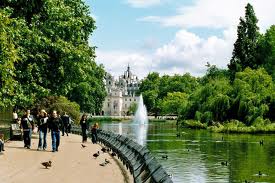 I'm also running a course in Mayfair - posh! - on 25th September and I'll  let you have details of that within the next couple of days.