Am blogging over on ihearts today - talking about minor characters and how I plot and weave to give them their own story in a different book. It's a bit like being a psychological detective (IS there such a thing?).
So please come on over and join in the debate. 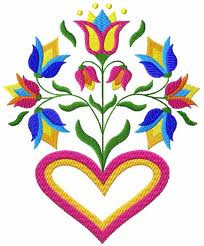 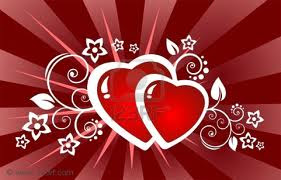 I mean, isn't the internet INCREDIBLE?
Posted by Sharon Kendrick at 07:57 2 comments:

Just back from a weekend trip to my favourite city in the world.
What did I do?
Strolled in the sunshine by the Seine and through the Tuileries - and just soaked up the atmosphere.
Ate turbot and hot chocolate souffle at Michelin-starred restaurant, Marius et Janette - which had been recommended by Arthur Pincher, of Arbroath.
Met the talented sculptor Jean GARLEITA for a drink in a rose-tinted bar just off the Champs Elysees.
And tackled this awkward-looking crustacean at Terminus Nord - a classic French brasserie which is almost an institution. It's situated right opposite the Gare du Nord and serves some of the most delicious food I've ever tasted. It's a station cafe - but not as we know it! 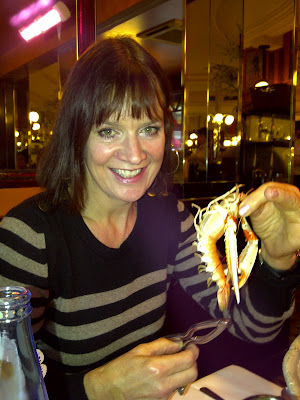 As a consequence, I arrived home feeling thoroughly inspired (and glad that Henry-the-trainer couldn't see the profiteroles which we all snarfed down!).
How about you.....what has inspired you most over the last few days?

Each May, I'm lucky enough to go to glorious, green and sunlit Tuscany - to take a course on writing romantic fiction. It's an experience which is always memorable, as well as being great fun.
Here's a flower-filled meadow to whet your appetite.... 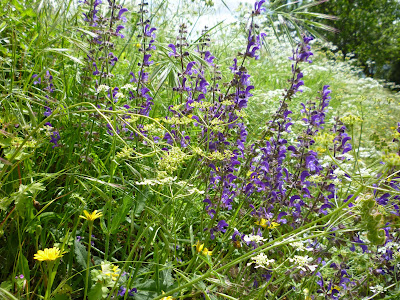 I was asked to write something about the programme for the popular Harlequin website and that's where you can find me today.
So please come on over - you know how much I enjoy your comments!

Posted by Sharon Kendrick at 11:12 No comments:

Dan has just sent this photo of some curious onlookers he passed on his morning walk near Chicago - and I thought you'd like to share it.
It looks like a still from a film.... beautiful. 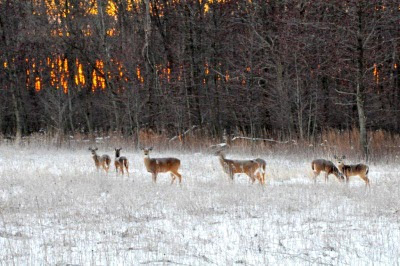 I feel it should have a title.
Any ideas?
The Deer Hunter?!

Yesterday, I told you about the brilliant personal trainer
Henry Barratt and how his surprisingly gentle encouragement was inspirational to someone like me, who was feeling particularly sluggish after Christmas.
I promised that I would pass on the second part of his philosophy - which would help you attain the physique you've always wanted.
Simples!
No bread.
No potatoes.
No rice.
No pasta.
In other words: NO CARBS!
(And if you are blanching in horror - as I did - then I must inform you that apparently, we get all the carbs we need from fruit and vegetables!).
So I have just cleared out the last of seasonal fare like this: 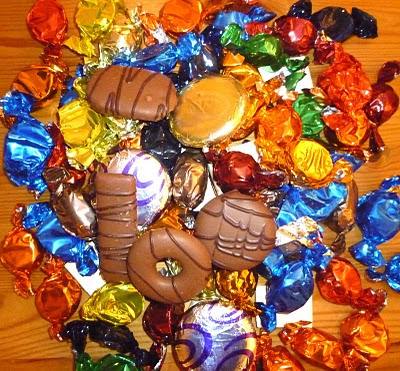 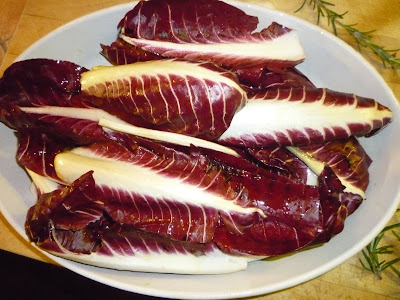 Interestingly, I bought this delicious, locally-grown radicchio in a small Umbrian supermarket and then found zillions of recipes for it in a translation of an Italian cookery book. The Italians are very imaginative with their vegetables. I baked it with a teeny drizzle of oil, salt and pepper and finished it off with a squeeze of lemon juice.
But I am no longer in Italy but at home, and working - so I must go and speak to Tariq - who is my latest outrageously macho Sheikh hero.
Outside, it's grey and damp and I'm in need of inspiration - so tell me what's happening in your day.
Posted by Sharon Kendrick at 08:03 9 comments:

I've never really understood the point of personal trainers. If a person is motivated enough - then surely they can devise their own work-out regime, right?
Wrong.
Or so I was to discover......
Last week a friend and I flew out to his sublime house in Umbria (here's a view of the lake; beautifully bare in her stark winter robes) in an attempt to atone for our festive excesses. 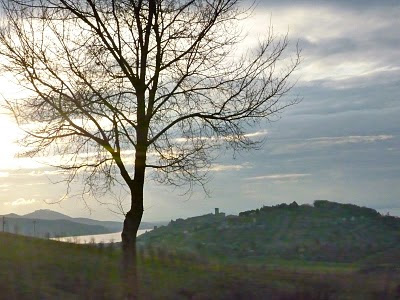 We were accompanied by personal trainer Henry Barratt - who is one of the nicest men you could ever hope to meet.
How hard could it be to exercise with an ex-rugby professional who has played with some of the most prestigious clubs in England and charged onto a pitch at Twickenham in front of 54,000 spectators?
I mean, I already run. I do classes. I walk at lunch-times if my characters are refusing to co-operate. Surely I could fall into the category of "fit"?
Hmm.
Let me just say that Henry's idea of a "slow and steady run" was light-years away from mine. (Inexplicably, he doesn't start the clock from the moment you finish lacing up your trainers!)
We alternated our morning runs with interval training - short spurts of sprinting in between the "slow and steady" pace. This was one of the toughest things I've ever done - but having someone convince you that you can do it is incredibly inspirational.
In the afternoons, the men went to the gym while I power-walked up the fierce inclines of the surrounding hills.
Did it work?
Well, for once, I didn't need to shoe-horn myself into a pair of jeans and I came back feeling more energetic and empowered than I'd felt in a long while - but I'm sure this had something to do with the second part of Henry's philosopy.
Any ideas what that might be?
Come back tomorrow and I'll reveal all.
Posted by Sharon Kendrick at 08:10 6 comments: 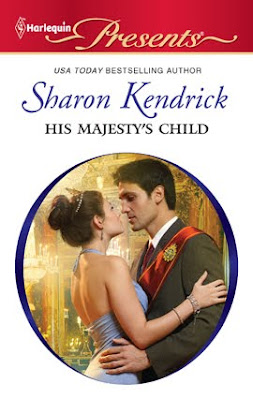 Right now, in north America - I have a book out called
HIS MAJESTY'S CHILD.
(Great cover, isn't it?).
Without wanting to give too much away - you'll find some uncanny coincidences within its pages. Something happens in this story which recently happened to Prince William and Kate Middleton.
Life imitating art?
It's the other way round, of course.
I'm constantly fascinated by the relationships of those in the public eye and spend a lot of time imagining "what if?". I try to imagine how someone would feel if they were suddenly catapulted from obscurity to world-wide fame.
Because that's exactly what happens to Melissa, the heroine of this book....
I'm just about to do something very exciting which I'll report about next week.
In the meantime, I'd like to wish you all a very Happy New Year.
Did you party, or chill? Were there fireworks - or just a calm and blessed peace?
Posted by Sharon Kendrick at 13:13 9 comments: