This book is out in the US in January - but thought I'd give you an advance view of the beautiful cover, along with the blurb on the back.
One of the best things about this picture of Zahid and Francesca is that the scene is so true to how I imagined it. The artist has captured perfectly the exotic river which flows through the amazing land of Khayarzah. He (or she!) has also captured the lazy passion which exists between the Sheikh and his once-geeky lover. Today, I finished the first draft of my latest story, which features a Neapolitan - my first ever hero from Naples. Now all I need to do is polish and tweak and tie up all the ends before delivering the book. I love this part of my job. It's a bit like icing a cake - and apparently, Neapolitans take their cake very seriously!
Anyone out there ever visited Naples?

Labels: MONARCH OF THE SANDS, Naples

This is the cover of THE SHEIKH'S UNDOING which will be on sale in the UK next month. It features playboy Tariq (who has a shocking track-record with women) and his loyal PA, Isobel Mulholland. Sparks fly when the fiercely independent Tariq finds himself injured and reliant on Izzy in a way he has never been before. Feelings can sometimes change when roles are reversed....
Do you like the cover? 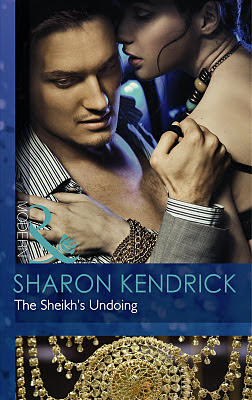 In terms of light and overall effect, it reminds me of that very famous painting of a luscious woman in an emerald green evening dress - but I don't have a clue who painted it, or what it's called. If anyone can enlighten me - then a copy of THE SHEIKH'S UNDOING will wing its way to them.
Last night I went to the Romantic Novelists Association Christmas party (what a lot of capital letters!) in Birdcage Walk, just down the road from Buckingham Palace. Guided by my phone (what a surreal thing to write! Imagine a Victorian reading those words!) I walked there via St. James's Park. A fountain was coloured emerald and the palace behind was bathed in golden light. Even the trees were illuminated by carefully positioned lights, so that it felt as if I was in the middle of some fantastic setting. Or Disneyland. Oh, and the party was very good.
Tonight I'm going to see Much Ado About Nothing. Which pretty much sums up my morning so far. So I'd better get back to Ciro D'Angelo, my current hero - who needs to be beaten into submission!
Posted by Sharon Kendrick at 07:15 15 comments:

INDULGENCE, SHOWING OFF AND DRESS-CODES

Back in August (or was it July?) I attended the Harlequin black and white party at the fabulous Waldorf Astoria hotel in New York. It was here that I received a Tiffany trinket for having published 75 books. Yay! I even bought a black dress for the occasion - though there is still a part of me which rebels at being told what to wear!
But for once I capitulated and followed the dress-code, buying a dress by a Canadian designer which one of my American author friends informed me was called an Opera Coat.
Lots of the fabulous women who attended my course at the Watermill in Tuscany, kept asking to see a photo of said dress.
So here I am, striding across the ballroom while wearing it. 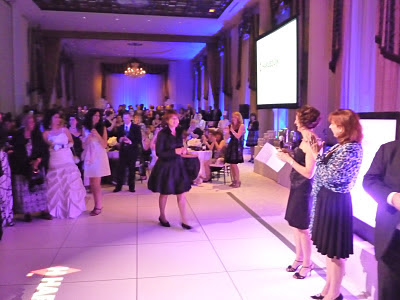 And this is me enjoying a bit of an "Oscar" moment. 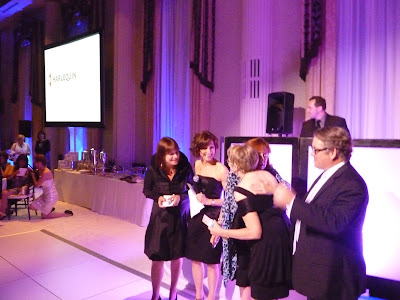 I'm currently deep into my latest book which features the gorgeous but very tricky Neapolitan, Ciro D'Angelo. And I'm at that stage where I could do with some inspiration.
So what have you all been up to - and have you ever enjoyed an "Oscar" moment?