When I was a little girl, my mother used to recite her favourite poem to me.  Lots of you know it but maybe some of you don't.  It's about the Lake Isle of Innisfree and it's dreamy and haunting, written by that master of language W. B. Yeats (who was SERIOUSLY HUNKY!).

I was in the west of Ireland recently, travelling through the green and grey countryside with the inestimable and talented Megan Crane .  We hit Shannon running and met a bossy taxi-driver who was "feckin' this" and 'feckin' that".  Actually, that's not quite true.  He used the word in its most profane sense and then dished out some handy advice about where to visit next.  So we marvelled at Galway.  Ate lunch in Sligo and then....drove down to a silent and deserted Innisfree.

It was just as I had pictured it in my head for so many years.
Lonesome and beautiful.
And unforgettable (just like the poem).

THE BELLS, THE BELLS!

Living in a Cathedral city like Winchester, it's easy to take the accompanying beauty for granted.  So that's something I'm not going to do any more - and as a new year resolution, this seems a pretty good one to stick to.
Here we go then.  Me living in the "present" - an exercise in Mindfulness, which the Daily Telegraph says is all the rage and which apparently helps you enjoy chocolate even more!  (Which is exactly what you need right after Christmas....!


Today the sky was as blue as a bird's egg (only without the speckles) and the bell ringers were hard at it, producing the kind of sounds you often hear in BBC costume dramas.  Apparently, the bells had been ringing since eleven and on my way to lunch seveveral hours later, they were still going.

I ate a delicous Thai green curry at the Wessex Hotel with talented potter Louise Hummerstone and her chums and afterwards walked back through the Cathedral Square (which you can get a  round view of in the video above), while people skated on the temporary ice-rink and ate popcorn (though not at the same time, obviously).

It's nearly the end of the holidays.  Time to take down my Christmas tree (waaaaah!) and continue with my new story. 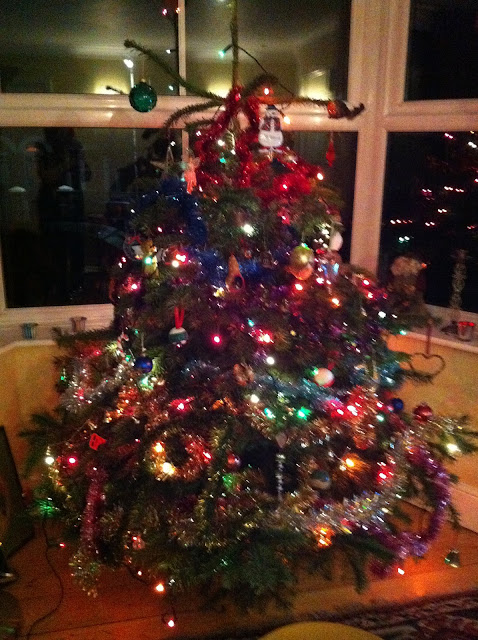 It features a woman from the west coast of Ireland named Bridget Browne and an Irish friend has given me a big thumbs-down for her name.
Not sure now.....

Posted by Sharon Kendrick at 21:15 No comments: