Always a pleasure when Mr Postman (and no, I'm not being sexist because I've never seen a female postie here in Winchester) knocks on the door with a parcel full of books.
Question:  Why isn't parcelful a *real* word, when saucerful is?

Today's goodie included this rather dreamy cover.  It's a bit 1960's - all bleached and faded summer meadow, with a couple who look like they are sharing a secret (a saucerful of secrets?).  The heroine is holding what looks like a dahlia - a rather old-fashioned flower which my father used to grow.  I was about to comment that you hardly ever see them now, but the Royal Horiculture Society reliably informs me that they are invaluable in the summer border.   So there!

The great thing about this book (other than it's always great to be included in a book with superstar, Lynne Graham) is that my story is called THE UNLIKELY MISTRESS, which has always been one of my favourites.  Opening in the opulent and romantic city of Venice, it features the gauche Sabrina who makes the mistake of falling for a man who is way, way out of her league in just about every way there is..... 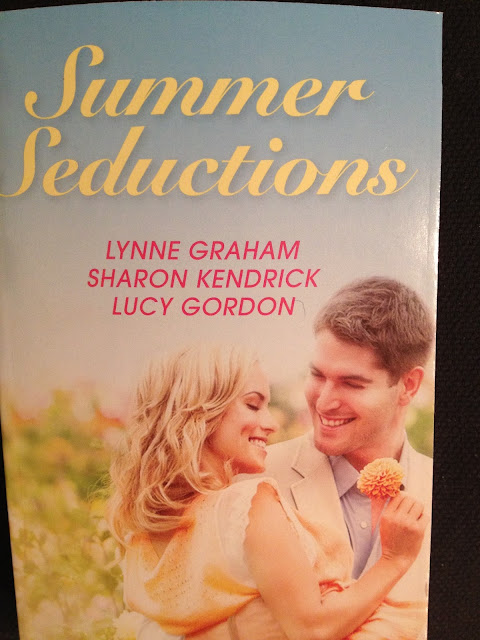 So do you like the cover?
Or maybe you have something to say about dahlias?
Posted by Sharon Kendrick at 13:01