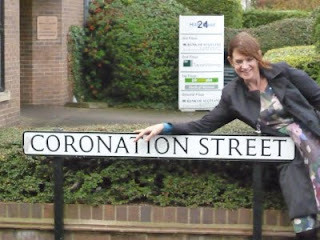 No, I am not in the fictional soap street named Coronation Street, which is in Manchester. If it was Manchester it would be raining, wouldn't it? 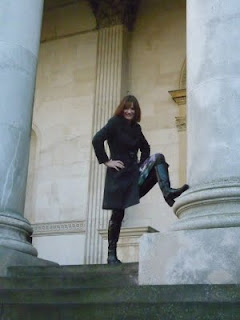 Neither am I in ancient Greece - although here I am posing next to a stunning Corinthian pillar. 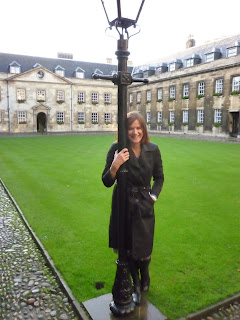 Nor am I in Narnia - even though Mr. Tumnus would just LOVE this lamp-post! 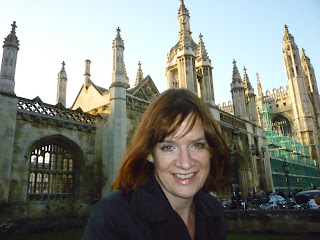 You've guessed now, haven't you? I'm outside King's College, Cambridge - where I was attending the memorial service for ex-Press Association boss David Chipp, whose illustrious career included thirty months spent in Peking as Reuter's correspondent - the first non-communist Western correspondent to be granted residency by the Communist government.

The service was sublime - especially the music. Lit by guttering candles, the sweet song of the choir soared high up into the vaulted ceilings as dying light filtered through beautiful stained glass.
At the reception afterwards, there was the opportunity to pick up a copy of David's memoir - a fascinating tome entitled MAO'S TOE.
Why?
Because he once stood on Chairman Mao's toe.
Honestly.
Posted by Sharon Kendrick at 17:23